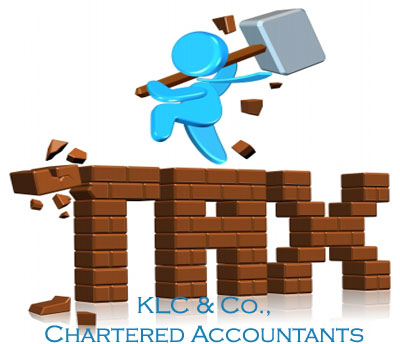 It has always been a debate among the Global business lobby about their expansion plans in India. There have ups and downs, phases of political instability and retrospective amendments and other reasons. Things have changed since the stable Government was formed in 2014 and this is well justified by the foreign investors confidence in Indian economy and influx of Foreign Direct Investment into India. We at KLC & Co. provide a list of Advantages to Register a Business in India or Invest into India, which may help foreign investor calculate the global positioning of India as a favourable destination to invest.

2. India is World’s largest democracy inhabiting 1.2 billion people across its length and breadth

3. Large area with great opportunities: It has a total Land Area of 3.288 million km² and a large size and is ranked 7 in terms of land area in the world.

4. Increasing faith of overseas investors: There is a continuous inflow of Foreign Direct Investment in India, now leniently allowed across several industries. FDI to India

5. There is a very Stable political environment in India at present with the Bhartiya Janta Party securing above 51% seat in the Lok Sabha. The country also has a very responsive administrative set up. There are Judicial measures to check the implementation of administrative policies with the Right to Informations Act, 2005 amongst other control & check mechanisms.

6. Well established judiciary to enforce rule of law. Indian Supreme court is the Apex Court of the country

7. Land of abundant natural resources and diverse climatic conditions. It has major reserves of

9. India’s economy will grow fivefold in the next 20 years (McKinsey).

10. Overall Cost competitiveness with low labour costs: As per a report by Boston Consulting Group, India is ranked number 2 globally on the cost competiveness. China & Brazil which were earlier considered as low cost manufacturing countries have slipped from their positions indicating an eroding of their cost competiveness.

11. India has a Total labour force of nearly 530 million.

13. India is a young country with a median age of 30 years by 2025. Giving it another edge over its counterpart China where the population median is much higher, this in turn makes it a strategic investment partner.

15. Huge untapped market potential with a consumer size of 1.25 billion.

18. India has got a well knit transportation system through all the three mediums of Air, Water & Land

19. The improvement in India’s economic fundamentals has accelerated in the year 2015 with the combined impact of strong government reforms, RBI’s inflation focus supported by benign global commodity prices.

20. Massive Troop size: Globally Ranked 3rd out of 166 countries with a total of 1,325,000 active troops and 2nd in size of armed forces. This is another reason why Foreign Direct Investment is now shown a ray of light defence sector.

22. Telecommunications: India is Ranked 2nd in Mobile phone use

23. Internet Connectivity: India is Ranked 3rd in number of internet users. Further, the Indian Government is proposing to invest in Rural Networking systems to make rural India have internet connectivity.

25. Governments New Policies have indicated a reduction in import tariffs.